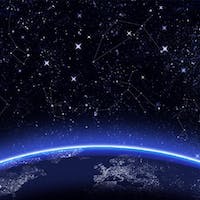 Privacy, though, means different things to different people. The way I think about violation of privacy online boils down to:

The Empire Strikes Back

"What if I told you that the Republic was now under the control of a Dark Lord of the Sith?" — Count Dooku

Anakin Skywalker wasn't doomed to fall to the dark side.

However, over time they learned to take advantage of the gullibility of their users to normalize data collection and encroach upon the privacy of billions under the guise of ever-improving free services.

History bears witness that the enormous cache of data these companies hold is a liability like no other.

Despite damning revelations by whistleblowers like Snowden and Assange, regulations like GDPR and CCPA, reports of rise in abuse, and repeated undermining of the world's socio-political fabric, they continue to do what they always did: Mine more data, no matter the cost, no matter the ethics of it all.

The Attack of the Clones

"So this is how liberty dies. With thunderous applause." — Padmé Amidala

Instead of identical lines of empire soldiers standing on our street corner and physically keeping us in line, we're joyfully waiting in line to pay thousands of dollars for identical little trackers: We unwrap them on birthdays with glee.

We've slipped into an Orwellian world where our surveillance devices rest on our pillows, lie inside our pockets, line up the street corners.

The go big or go home mentality that permeates the technology industry make these matters even worse.

For each business that succeeds there are 100 others that crash and burn. They sell user data and their tech to the highest bidder.

For the ones already big, all their principles and morality go for a toss the minute Benjamin Franklin shows up.

Some examples of ridiculous surveillance and behaviour control include (and I am not making this up):

It isn't a far-fetched notion that these companies might know you better than all your friends and relatives combined. And in exchange for what?

A free app that you had a use for exactly once but then forgot to uninstall and it kept auto-updating in the background to keep adding new ways to track and exploit your privacy?

Or, because you trust your BigTech overlords enough to do the right thing? 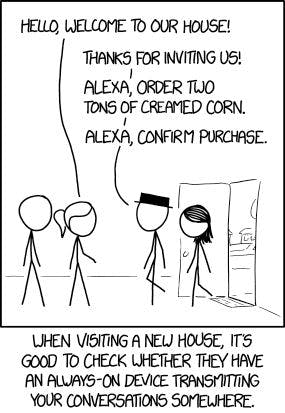 It doesn't take an investigative journalist to tie many of these sloppy practices to the advertising industry's insatiable desire to track everyone that's alive.

This desire is also the key reason some of the biggest technology companies continue to build walled-gardens around their products and services with monopolistic, self-serving, attention-grabbing and rage-building experiences at the center of it all. I digress.

"Well, if droids could think, there’d be none of us here, would there?" — Obi-Wan Kenobi

For billions, Smartphones are the only computers they’ve ever owned, and apps they install are the only software they’ve ever used. Whilst Android is the most widely deployed operating system in the history of humankind, it direly lacks security and privacy tools that can put users in the driving seat.

This isn't to say there is a lack of such tools, but the current ones leave a lot to be desired. For an always-on, always-connected device, it is our firm belief that Internet security has to be the cornerstone of any such offering.

Anti-virus vendors, more often than not, are anti-privacy, and even when they are not, they fall for the trap of making their software too dumb and in doing so take away a lot of control. My premise is that users should be able to use an advanced feature-set that they can gradually learn over time, for the sake of their own privacy.

An open source, configurable firewall and network security tool for Android that protects your data and privacy by blocking ads, trackers, and other malicious actors.

RethinkDNS is unapologetic in the way it works: It's barebones and unapologetic about showing you the IP addresses, the headers, and all the other juicy computer jargon most apps hide from you.

In its default configuration, the app already blocks connections to spyware, adware, and malware endpoints through DNS-based content blocking. These DNS queries are encrypted either via DNS over HTTPS, DNSCrypt, or DNS over Tor to prevent censorship and profiling of Internet usage by adversaries and intermediaries.

Being in control of a device’s network traffic, especially one that’s online 24x7, is an empowering tool like no other. You do not want to use apps but the phone’s manufacturer won’t let you uninstall them… well, firewall them.

Though the app has been in development for about three months, the idea has been nearly two years in the making.

Firewall is just the start as we embark on this journey to build newer, better, easier ways to evade relentless surveillance whilst paving the way for an open and safer Internet which is a key enabler for people all over the world, especially for those from traditionally under-served and/or oppressed communities.

Today, RethinkDNS already circumvents government-enforced censorship in most countries like India, Pakistan, Iran, Saudi Arabia, Turkey, and Turkmenistan. In fact, a large percentage of our users are from those countries. 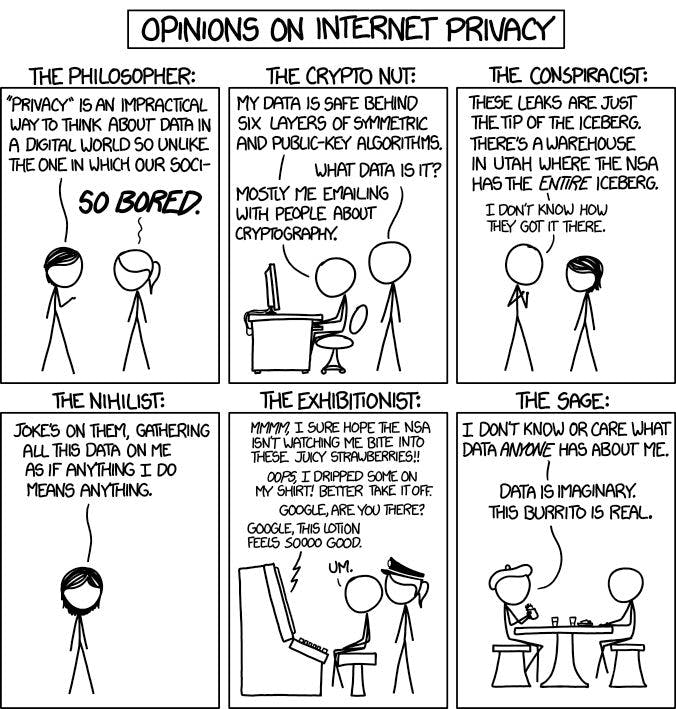 I am absolutely psyched for this opportunity to work alongside Mozilla and the Fix-the-Internet community. With this vote of confidence from them and renewed impetus, the team at RethinkDNS is committed to building technology that puts users back in the driving seat.

As Yoda would say: Much to learn I still have; this is just the beginning.

Thanks to Aashni Shah, Bart Decrem, Patrick Lu, and Rachel Vrabec for reading drafts of this.

dudes this is so so freakin awesome.